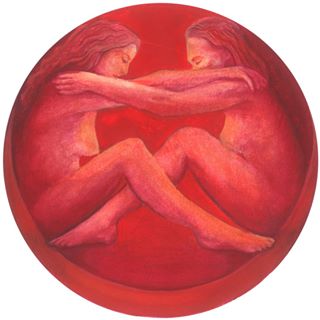 Divine Feminist: Womb with a View is launching in Auckland on 22 November, details here. Invite your friends, enjoy vegan food and support this womberful book!
Posted by Rachel Fenton at 4:16 PM No comments:

The psychologist offered me counselling. But she also made it clear to me that I would only be allowed to have an abortion if she and the doctors considered my mental health would be impacted negatively by keeping the baby, which is to say, I had to pretend that I would be mentally ill if I was not granted access to a procedure to remove something from my body that I did not want there.

The nurse talked about the foetus’ heartbeat and asked what I wanted to happen to the products of conception – the same terms had been used to describe the three foetuses I miscarried before having my children. It felt like I was being guilt-tripped, but the nurse assured me she was just making sure I wanted to go ahead with the abortion.

The surgeon tried to pressure me into having a contraceptive coil inserted during the procedure. When I declined, he laughed at me and proceeded to mock me. I can still hear his laughter.

Since having an abortion I have been pregnant twice. I miscarried one pregnancy. I am pregnant now, because pregnancy is my choice. I didn’t have to break the law to get pregnant or to miscarry, and no person should be forced into potentially breaking the law in order to choose to end a pregnancy.

The most distressing part of having an abortion in New Zealand is not wrangling with the philosophical dilemma of where humanity starts for the foetus but when one’s own human rights will be considered.

My sincere thanks to Nathan Gunter for including my poem "Them With No Answer" in Vox Poetica.
Posted by Rachel Fenton at 2:42 PM No comments: