Please have a look at the work I've been doing as part of my Artist in Residence post at Counterexample Poetics.

So far, I've had the privilege of getting an early peek at the flash fiction of the wonderfully talented Meg Pokrass and Grant Faulkner, and I'm currently working on art inspired by the collaborative fiction of equally talented Justis Mills and Pamela Hill.

Huge, huge thanks to Jamez Chang, Editor of Flash Fiction and Art at CeP for having me, and to the writers for trusting me with their marvellous fictions.
Posted by Rachel Fenton at 2:06 PM 4 comments:

My very short fiction "Hunters in the Snow" is featured in a form flashing blizzard at Flash Frontier, with a commentary, alongside other pieces from Leanne Radojkovich, Jaclyn Bergamino, Martin Porter, and Kathryn Jenkins. Many thanks to Editors Michelle Elvy and Sian Williams for having me in their snow themed issue, and for giving my Flash Mob story a second flurry.
Posted by Rachel Fenton at 11:31 PM 2 comments:

Lane Ashfeldt, author of SaltWater, has interviewed me about what it means to me to have won the "7th Annual Short FICTION Competition", among some other very interesting questions. Read my answers here.
Posted by Rachel Fenton at 3:37 PM 12 comments: 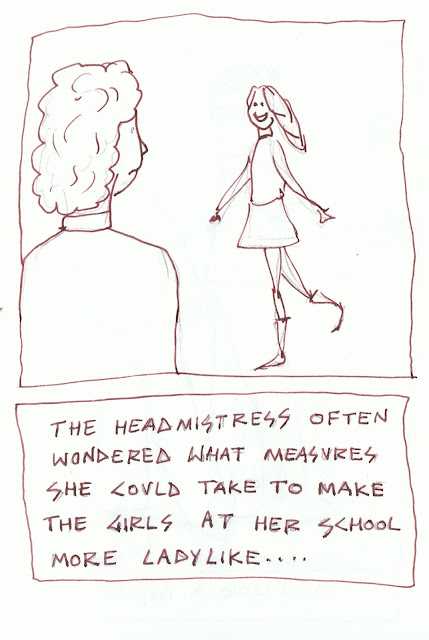 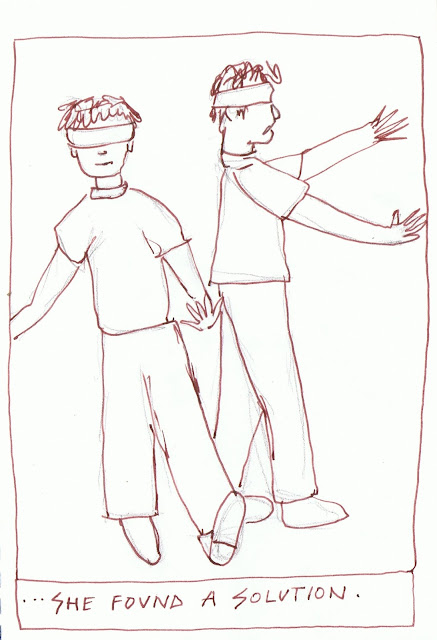 All text and images ©RaeJoyce 2013

I read an article about a school in Redditch banning the wearing of skirts for girls. The reason cited was because short skirts were "unladylike".

Ordinarily, I'd have been pleased at an article reporting girls being given the choice to wear trousers to school. I certainly protested for this right at my own high school until I was allowed to wear trousers. But "banning" skirts and allowing no alternative to trousers isn't the same as choice. Far from it.

At my daughter's school she has the choice of shorts, culottes, or skirts. No trousers, yet.

However, the school's reasons for the skirt ban weren't in the name of choice or equality, a point which is underlined by the use of the word "unladylike". I don't like this word. It smacks of class distinction and elitism. Questions that spring to my mind when I read this word include: Is a covered body a classy one? Is classy better than the bare naked truth? Are middle and upper class bodies better than working class ones? And on I go like a little engine.

I've already aired my views on this article on Facebook, and some commenters there pointed out that to cover the girls is to protect them from the gazes of paedophiles and men.

Paedophiles will seek out children regardless of what the children are wearing. Men - if men are eyeing up nine to thirteen-year-olds, shouldn't our focus be on them, not on penalising the kids? That is the problem with those men. It is not a problem with girls. Time and time again, women are punished and made to feel shame for their bodies for no reason than to protect male dominated culture.

The school's failure is not merely that it punished the girls for what is a male problem, but that it didn't even see there is an opportunity and a need to educate its boys.

This issue isn't a simple one or the other choice, cover the girls or blindfold the boys - these simplistic generalisations are distractions that get in the way of real answers. The answers do not include censorship or shame; they are founded in education. And a school of all places should know this. Shame on them.