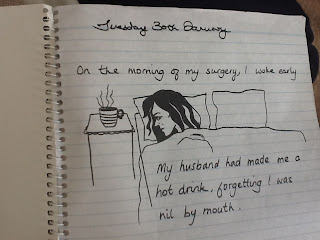 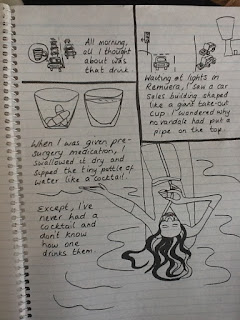 The nurse asked me if the Joyce part of my name came from an old relative. We got to chatting how there's been a renaissance of old names. It occurred to us that only the middle-class names are popular, not working-class names such as Ethel, and that perhaps this was one way working-class history was being erased. 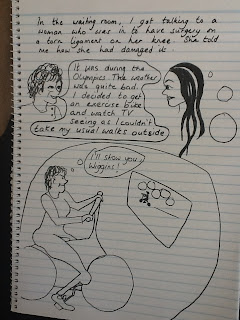 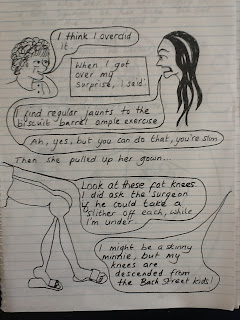 We had a chat about comics, how many she read as a kid instead of TV. She also told me all about star signs: she was a virgo, like my son, with an obsessive desire for things to be just so. I'm a leo. We both talked about how we enjoy painting for fun. She said she likes to go to her beach house with a friend. I said I didn't have a beach house but my kids are always walking sand into our shed, ie our house, and that was more or less the same thing. And we compared our knees some more.... 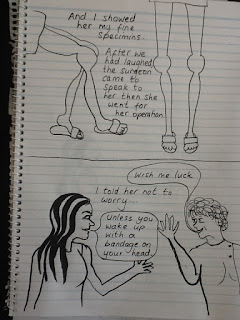 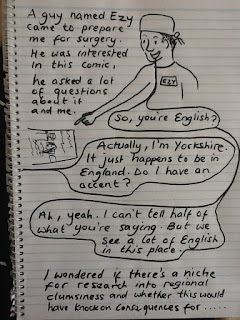 Now, it occurs to me, he was probably wondering why I wrote Tuesday the 30th of January on the first page when it was actually Wednesday the 30th....dyscalculia strikes again! 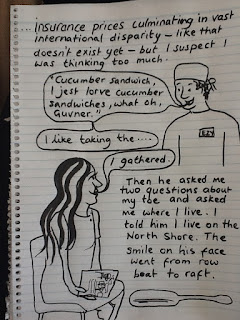 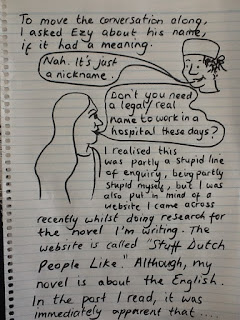 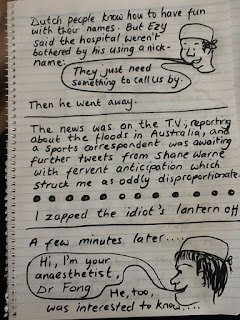 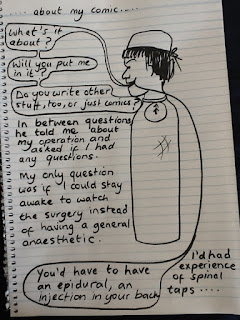 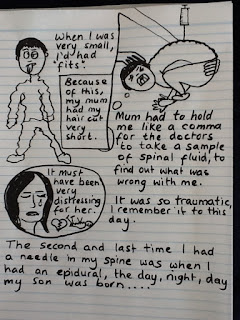 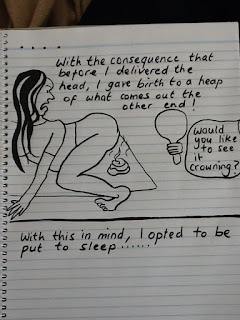 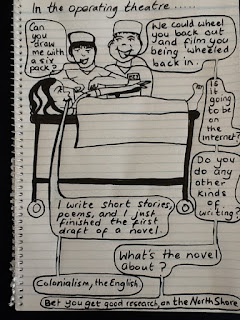 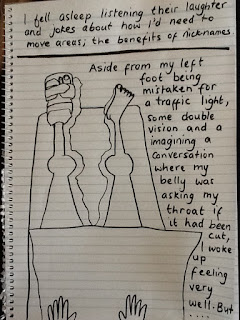 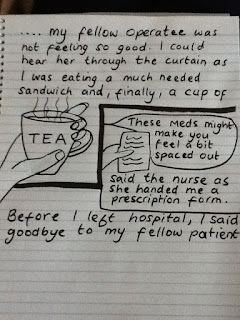 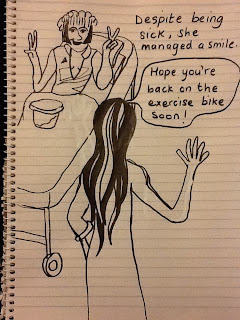 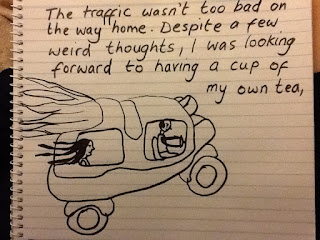 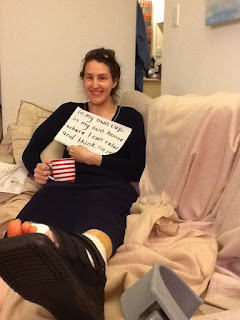 If you want to read more of my comics, you can here.
Posted by Rachel Fenton at 4:09 PM 6 comments: 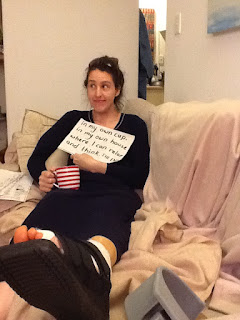 My daughter asked: "How can you write a comic about your toe when it's so short?"

But I did. And tweeted it page by page as I drew it. You can read it on twitter where you can find me as: RaeJFenton. Let me know what you think.

If you want to know how I ended up having toe surgery today, you can read the first comic in the mini saga here.
Posted by Rachel Fenton at 12:49 AM 8 comments: 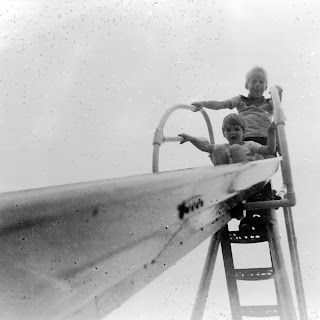 Please ask if you would like to copy pictures or content from this blog. Copyright © Rachel J Fenton 2013.

T'other Rachel, fellow blogger and poet, Rachel Fox has a new project, collecting "All Our Hopes and Dreams" (contact her with yours if you'd like them to appear on the blog). Today, I was lucky enough to have a piece about my hopes and dreams included there, along with a couple of pictures. See if you can recognise which of the kids on bikes is me (because t'other Rachel couldn't!)

Email ThisBlogThis!Share to TwitterShare to FacebookShare to Pinterest
Labels: all our hopes and dreams, Rachel Fox 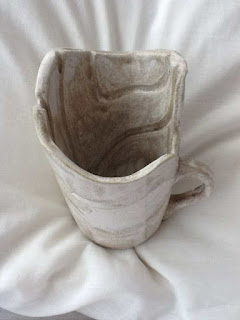 All images on this site remain property of me (Rachel J Fenton ©2013) unless copyright stated otherwise. Please contact if you would like to share images from this blog. Thank you!


Though I've written lots on how I write, I've never written a blog post about "How To" write. I'll tell you why. Because other people have written them already. Hey, I'm all for making efficient use of my time. The reason I'm posting this is because I just finished the first draft of the novel I've been working on since August. (I actually wrote the first chapter back in July, from a plan I've been working on and mulling over since 2007, when I first arrived in New Zealand - hint there, folks). Wellsy, one way I've been spending the snatches of time I've had away from writing has been to read other novellists' posts/advice on the whole process.

One blog I'd highly recommend to anyone contemplating the novel journey is Tom Vowler's. His debut, What Lies Within, has just been published (my copy's ordered) which proves he knows what he's talking about.

I was struck by the similarities between Tom's analogy and the very impressively illustrated one in the most recent blog post of another talented writer, Dan Purdue.

And the whole sculpture analogy brings me back around to how I write, because bookending the writing of my first ever novel - now safely stored out of society's way, no fear - I studied to become an artist then a designer. During this time, as well as painting, I made sculpture and pots (like Grayson Perry). Here's one of mine. Coincidentally, it's inspired by a landscape under snow.

Which - I like tying up plot threads - brings me to my final where to go for "How To" for this post: Catherine McNamara's got some excellent advice on both novel and short story writing, and as she quotes in her most recent post "coincidences happen when you are on the right path". Here's hoping.
Posted by Rachel Fenton at 5:35 PM 8 comments:

Available from Kindle for a special reduced price of $2.99 for January.
And you can read more about Lane's grandparents - the inspiration for the first two stories in this collection - soon, here http://www.ashfeldt.com/
Posted by Rachel Fenton at 11:35 PM 17 comments: