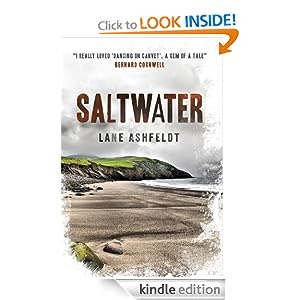 Available from Kindle for a special reduced price of $2.99 for January.
And you can read more about Lane's grandparents - the inspiration for the first two stories in this collection - soon, here http://www.ashfeldt.com/
Posted by Rachel Fenton at 11:35 PM

This book sounds awesome, Rachel. Thanks for letting us know about it.

This sounds very interesting. I just wish I could read books as fast as I add them to my to-read pile!

It's a gorgeous collection, Lori. I was surrounded by sea as I read it. KNow you'll enjoy it.

Dan, I read lots then forget to add them to Goodreads or blog about them or decide I could read another in the time it would take me to write about them. Have to say, this collection is a quick read - thanks to the stellar writing.

Thanks for stopping by :)

Sold :) I'm really interested in fiction inspired by real life people and events. This sounds like a beautiful collection and I'm looking forward to reading it.

It's a gorgeous collection, Helen; I'm sure you'll love it!

The Divorced Lady's Companion to Living in Italy said...

I've received my copy and am looking forward to delving in. I also forget to list my Goodreads, and I also crash pretty early at night. I hate these pre-dawn starts and ought to reward myself with some sneaky reading afternoons! Great review Rae xxcat

Sneaky reading afternoon sounds very tempting, Cat. You can pretty much guarantee that the reason I'm not posting on Goodreads is because I'm reading. Speaking of.....

Hey Rachel thanks so much for lovely review. A friend is going to NZ soon, wish I was too...

Ah, and here's me yearning for a trip to Yorkshire and beyond!
If you do ever get to come, give us a shout, I'll buy you a coffee and throw in a choc fish :) Thanks Lane - you wrote a stunning collection (and top points for rhyming comment)!

They still do chocolate fish? Will have to ask friend to bring a few back - would be the perfect free gift to add to postal copies of SaltWater.

Only a few places still give them away with drinks - one marshmallow, two if you're lucky is more usual now. Happy to send you some fish :)

Aw thanks Rachel, but am good for now - arranging a special import, via friends and family, to save postage! Hopefully will arrive in time for my London reading later this month...

Aw thanks Rachel, but am good for now - arranging a special import, via friends and family, to save postage! Hopefully will arrive in time for my London reading later this month...