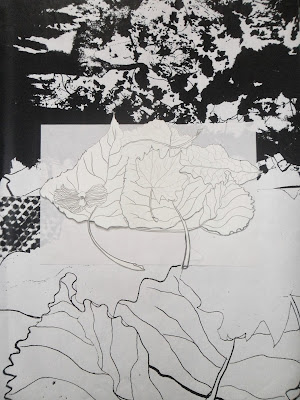 I'm stoked to have a small fiction over at Competent But Unfitted. Many thanks to Editor C. J. Anderson-Wu for including 'Another Fighting Game'.
Posted by Rachel Fenton at 1:26 AM No comments: 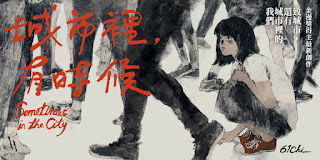 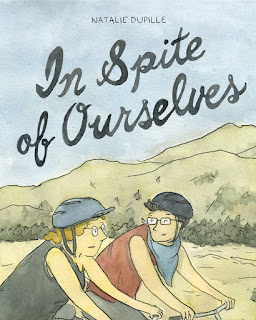 Sometimes in the City, In Spite of Ourselves

Two of the best Comics experiences I’ve had involved two women cartoonists whose books have recently been published.

Sometimes in the City is a collection of page-per-story graphic snapshots of city life, seen through a variety of viewpoints. Sometimes elegiac, sometimes uplifting, always beautiful, the moments build like a poem towards an emotional epiphany.

In Spite of Ourselves is a graphic travelogue that, over the course of four days cycling with her partner Allie, Dupille manages to convey not only the work involved in the physical journey but also what it takes to maintain a relationship.

In 2014, I got to meet 61 Chi when representing Aotearoa along with Ant Sang and Tim Gibson for the New Zealand Book Council Graphic Exchange Residency in association with the Publishers Association of New Zealand (PANZ) and the Taipei International Book Exhibition (TIBE).

I met US Cartoonist Natalie Dupille in 2015, while working on an anthology of Aotearoa women’s cartoons. She recorded our meeting in a wonderful travelogue that I blogged about here.

When I was invited back to Taipei in 2016, to promote the book that resulted from the graphic exchange, Island to Island (Dala), I got to spend some more time with 61 Chi, and was delighted to be asked to rewrite the English translations of three of the poems in Sometimes in the City.

Here's one of them: 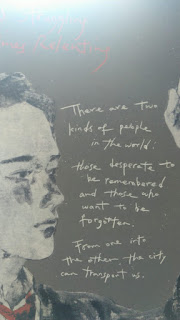 Both books show their authors at their story-telling best and I feel very blessed to have met them along the way.


Posted by Rachel Fenton at 7:40 PM No comments: