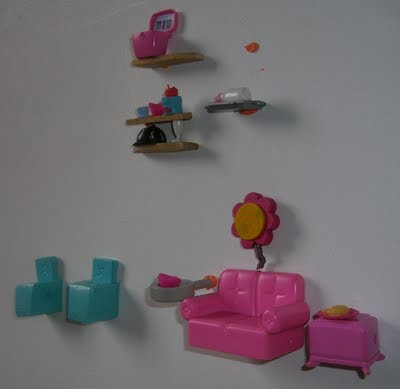 It's been a strange period, since I returned from my research trip: I don't seem to be making much of a dent in the information I've accumulated, but I have been busy.


I have written another short story (and when I say short, I mean SHORT: less than a thousand words). I seem to be able to write about an eight hundred worder in an hour. Oh how I wish it were then finished. Sometimes it is. Rarely. More often than not I end up going over them, again and again, tweaking and chopping, syntax juggling, that sort of thing. Unfortunately, for me, I did not allow myself time for double checking with two stories I sent off recently - won't be winning that competition - and found a typo and a ridiculous primary school crime "loose" instead of "lose". I fear my neighbours may have increased the volume on their idiot's lanterns when I saw that one and went AAAAAAAAAAAAAAAAARRRRRRRRRRGGGGGGGGGGGGGGGGHHHHHHHHHH!!!!!!!!!!


It's not all been a waste. A valuable lesson therein, me thinks. Me often thinks a tad too much in the hind of sight as opposed to the fore of it. Oh sight.


Since returning from South Island, where I tried to get a feel for what it would be like to live in the place I was studying (walking the streets so many times I knew what was where enough to give other tourists directions and describe landmarks in a way as to make them think I lived there), I have been feeling retrospective. I have been thinking about my "place" there and here. Obviously, there, I was fulfilling a role - researching, but there was more to it than that. I was thinking - and this is useful for my novel in progress - what makes a place "home"? Answers on a postcard, please.


Anyway, why was I posting today, ah, yes! Award winning short fiction writer, reviewer (to name a few credentials) and blogger extraordinaire (extraordinaire here is defined as "how does she do all of that?"), Tania Hershman very kindly asked me to write a guest blog for her series on "Writing and Place", and you can read it here.
Posted by Rachel Fenton at 1:36 PM

Email ThisBlogThis!Share to TwitterShare to FacebookShare to Pinterest
Labels: Home, research, Tania Hershman, The White Road and Other Stories, Writing and Place

The down side of not having a second pair of eyes to read things over before I send them off, Elizabeth! Thanks for the "grrrrrrr" of understanding!

I've just read your interview Rachel, and it was a great insight into where you are coming from, in every sense of the word. I can empathise with the feeling of not belonging even when you are in the place in which you are supposed to have connections.
As the sum total of my writing is my blog, I have such admiration for you writers who turn over all those words and then go back and polish them!

Rachel,
thanks so much for those very kind words about me (!!), and for your wonderful guest blog post, I think many of us understand where you are coming from, in the metaphysical sense. I hope one day we get to meet in person... I'd love to come to NZ, it's a long term plan!

"Turning over" words is the speedy part for me; I need to find more time for polishing, evidently!

When my son starts school (4yrs from now!) I imagine my errors will decrease as my writing hours shift hemispheres - at least I hope they will!

Some typos are invisible. Because you know what you wrote, your eye sees what you know you wrote, not what you've actually written.
That's my excuse and I'm sticking to it.

My last novel was proofread by no less than four people. I myself read the book cover to cover four times, my wife, twice and no less than six typos and one blooper got through. I almost squeal for joy these days when I read a novel and find a typo: "See! See! They do it too!"

Enjoyed your wee blog about your time in New Zealand BTW. I'm not so surprised to hear about the animosity that one island holds for the other. It's just people. As soon as any physical divide appears be it a line on a map, a river or whatever people will gather on either side and slag off those on the other side.

Rachel, found my way here from Tania's blog and your interesting interview. Why is it us outsiders must go searching for places that define us as such? I completely understand that. :)

As for lose/loose ....please...if that were my only mistake I've sent out I'd be happy. What about terrorists wearing baklava? I'm not lying I did it.

Tania, you're welcome, and thank you.
I'd love to meet you, too, do come to NZ if you get a chance, but be warned, you may not want to leave!

Titus - I may adopt your philosophy/excuse, thanks, I like it!

Jim, I'm so relieved it isn't only me that does that - I once found four errors in a text book on editing! I was elated! It's rather less fun finding them in my own work though :( Ah well, next time, eh?

We're all different but we're all the same, Jim. I agree.

Glad you enjoy the blog, thank you.

Lauri, thank you, I feel so much better knowing that - I forgave myself the typos, but the "loose/lose", argh, that really was a slice of buttered bread in the face for me!

"Baklava", it sounds possible, you could start a trend with that word!

I keep hoping that, because the beginning and end of the words are the same, they may not notice my error, like the way you can wrtie comtelpely jublmed up letrets and they still scan!

I read the interview - very cool :) I have done the typo thing for a competition too - it was totally ridiculous! I felt so silly.

The one hour writing sessions are a great idea and I've actually been doing the same. It's not neccessarily always about how long you spend on something.

And in answer to your question, home is where the bills are sent:-\

Glad it's not just me, Andrea, thanks!

I agree about the time, the limited opportunity actually means that by the time I get to put fingers to type pad, I'm raring to go!.

Thanks, Thomas - there was a bill sat in my mail box today. I sent him away! And what happened to manilla envelopes? Now I get all excited thinking I've got another rejection letter, only to find a credit card statement!

Oh, such a great opportunity to learn more about you, mysterious lady! I am loving this interview.

And as always, I envy your productivity and inspiration and secretly plan to lure your muse my way, because mine has left on a long, regenerative vacation, from which I am not sure she wants to return.

Anyway, it makes me happy to know you better. I didn't even know you had a little baby. And a eight-year old? Are you kidding? And you look so beautiful and radiating light in that photo! It reminds me of a book I once read, by a Feng Shui lady, who was saying that she can create a certain positive energy in a photo, by the way she poses in it.

And I am sure we can share a lot of the struggle of making home in a place that is foreign, although I wished I could learn from you to take it more lightly and with more understanding. Hey, that muse is back and wants me to write a novel in this comment window. What absurd creatures, these muses ...

Hey Lori - If your muse wants to fill my comments box - go for it!

I think the sun was just about to set in that photograph, so it's the sunlight and not me radiating a healthy glow at all! I was in a place of beauty, rather than having anything to offer the camera - just a blank canvas! You always have such kind compliments. Thank you.


I think kids can be great for putting things into perspective as far as our experiences go. And they don't beat themselves up if they don't get as much mess made as the next kid! :)

Read the interview. I was interested in what you said about home: I've always been struck, when travelling to other parts of the world, by how similar everywhere is, rather than different.

What makes home home? The feeling that a place is the place you want to retreat to?

I agree, Dominic; maybe we want places to seem more different than they really are to feel like we have something different/special ourselves, rather than having to accept that we are all more or less in the same boat? And "retreat" is an interesting word. Going to think about that some. Thank you for reading the interview, and for your comments.

I thoroughly enjoyed the interview - I'd not realized you've only been in NZ these past couple years. I think the adjustment to your new home will continue to provide lots of creative inspiration!

And what do I consider home to be? The place where people accept you just they way you are.

So far so good on the inspiration front, GW, perhaps I should consider moving every few years to keep it going!

I think that's a great definition of home. Thanks.

Don't give up on it, it will not have as many errors as Joyce's Ulysses - and that made its way in the world, did it not? I shall keep my fingers crossed for you.

Thanks, Dave - I'll keep keeping on, as a friend of mine says!

Rachel, I've replied to your comment on my blog...

Hi Rachel, just poppin in to say hello and that I really enjoyed your guest post over at Tania's blog (it's how I found my way here).

And, I almost had a heart attack about 2 months ago when, thinking how organised I was, emailed a story a whole week before the competition deadline only to realise I'd made a BIG mistake in the manuscript, not just a typo, but I'd copied and pasted a whole paragraph from the middle of the story to the end, so it appeared twice.

I battled with myself about what to do - should I email the organisers, etc etc - then I let it go, and thought maybe, if nothing else, the repetition could be 'arty'. It wasn't, and I didn't get shortlisted, and I'll never be that organised to enter a comp a week early ever again.

Teresa, you've made me feel so much better - especially with regards to disorganisation! It was because I was trying to get it done early that this all happened. I will be staggering in late to the next competition I enter, happily, if it means I get the story checked thoroughly before submission.